How does mouth breathing affect your dental health?

From a dental point of view the biggest effect of mouth breathing is the lower position of the tongue to allow airflow over the tongue.

This lower position of the tongue forces the lower jaw further down resulting over time in a permanent growth modification known as adenoid face (long, narrow faces and mouths, less defined cheek bones, small lower jaws, and “weak” chins.  Other facial features include gummy smiles and crooked teeth). The lip and cheek muscles has a pushing back force on the teeth and jaws like a rubber band, and in a normal functioning tongue in roof of mouth position this force is countered and the teeth will be in balance. However, this balance will be lost with the tongue dropping away from the roof of the mouth and results in the top jaw and teeth being pushed backward resulting in crowding of the teeth.

How does your jaw development affect your breathing patterns?

The upper jaw determines the position of the lower jaw as they fit together and in this case further back towards the back of the throat.

The further back position of the jaws has a lot of negative effects the most important being the further restriction of breathing through the nose. Breathing through the mouth results in narrowing of the upper jaw and the deepening of the roof of the mouth that in turn can result in a deviated septum of the nose refusing the nasal cavity and nasal breathing. Also, the lower jaw and the bone under the jaw (hyoid bone) is positioned further back and with it the tongue attached to these bones. The tongue pushing back reduces the airway and to allow for breathing the head will rotate forwards and the head rests in a forward position and the shoulders slump. This is a little like the chin lift with mouth to mouth breathing to open the airway. However this puts strain on the neck muscles over time that could contribute to other problems like neck pain, headaches and migraine, back problems. The most serious problem contribution from the further back position of the jaws is sleep breathing disorders like sleep apnoea due to the tongue position.

What other areas of our health are impacted?

Our modern soft highly processed diet contributes to the insufficient development of our jaws and muscles (including the tongue) and also increases our incidence of inflammation and allergy.

The lack of airflow over the cribriform plate in the upper nose area decreases the ability to smell and with this a reduced ability to taste that could lead to disturbances in your appetite and satiation levels, potentially impacting negatively on body weight issues. With greater body weight also an increased incidence of sleep disorder breathing. Pheromones are also an important environmental stimulus that will be reduced with less airflow to the back of the upper nose cavity.

The mouth, according to Doctor Buteyko, is created by Nature for eating, drinking, and speaking. At all other times, it should be closed.

So how did we get here, most mouth breathing is a combination of obstruction that becomes a habit with the third reason being anatomic. Obstructions due to swelling are frequently caused by the following:

Oxygen is very important to our survival. This is marked by the need for oxygen being given to most people in an emergency situation in hospitals and by paramedics. Your oxygen saturation in your blood is a very important factor in treatment given to you. We breath a mixture of gasses with only 21% oxygen and the intake of this gas needs to be very efficient to feed our blood.

The general population is getting progressively more obese every year which puts greater strain on our ability to breath, leading to increased sleep disorder breathing including primary snoring, apnoea and sleep hypopnoea

Some of the negative effects that mouth breathers need to know are related to CO2 gas. Mouth breathing allows for big air flow through the lung with no resistance from the nasal passages and this results in a form of hyperventilation that results in reduced CO2 content in alveoli of the lungs (hypocapnia) that leads to hypocapnic vasoconstriction (constrictions of blood vessels). Also with less CO2 in the blood the Bohr effect is suppressed resulting in less oxygen being released by the red blood cells to the tissue  and vital organs where it is needed most. This in turn can lead to anxiety, stress, addictions, sleeping problems, negative emotions and even migraine, also to slouching and muscular tension. All in all we need some level of CO2 to allow for proper oxygen transfer in the body and breathing more air does not always give more oxygen, and less air through the nose allows for some build up of CO2 in the lungs and then also in the blood.

The nose stands guard over our lungs and warms or cools, humidify and filters the air we breath and mouth breathing results in biochemical stress due to cold, dry air entering into the lungs. Also biochemical stress due to dirty air (viruses, bacteria, toxic and harmful chemicals) entering into the lungs. Cilia and mucus (we manufacture about a litre a day) capture nearly all of these organisms and work them down where they get swallowed and digested, this also helps in us with the self-immunisation effect where we build up resistance to future infections. The one litre of mucus produced works in harmony with nasal breathing and with mouth breathing the mucus over accumulate as evaporated is limited leading to congestion.

The other very important gas mouth breathers need to take note of is Nitric Oxide (NO), this very important gas is manufactured in the paranasal sinuses and has a very short half-life.  The short half-life makes it essential for this gas to be generated at all times thus essential to breath through the nose at all times. Nitric oxide is a powerful vasodilator reducing blood pressure while dilating the blood vessels in the lungs allow for increased blood flow and oxygenation of the blood. Nitroglycerine used in the treatment of angina to open the blood vessels around the heart is effective because the drug gets broken down into nitric oxide.

Nitric oxide in healthy individuals get generated in the sinuses to the level of 30 000 parts per billion and start killing bacteria at the level of 100 ppb but also has a very strong anti-viral and anti-fungal effect directly and also has a positive effect on cilia movement helping further against infection. NO may even destroy malignant cells in the lungs by inactivating enzymes. There is also some investigation at the moment to see what the effect of NO is on inflammation of the bowels (like Irritable Bowels Syndrome) and the beneficial effect of NO on the gut bacteria biome.

Other effects of NO are regulation of binding and release of oxygen to haemoglobin similar to the Bohr effect. Nitric Oxide also influences secretion of hormones from several glands (adrenaline, pancreatic enzymes, and gonadotropin-releasing hormone) as well as neurotransmission like memory, sleeping, learning, and the feeling of pain. Nitric Oxide also allows for blood vessel dilation to the sexual organs and mouth breathing could have an effect on erectile dysfunction.

Nasal breathing partly due to the anti-inflammatory and anti-infection action of nitric oxide helps drain the middle ear through the eustachian tubes better and results in less ear congestion. A lot of evidence point to the degree of mouth breathing increasing in severely sick patients and then leading to death in these patients especially in the early hours of the morning (4 to 7 am) due to coronary-artery spasm, angina, stroke, asthma seizures and many other nitric oxide related problems.

In children mouth breathing also has an effect on the levels of oxygen in the blood and the quality of sleep these children experience. This can adversely affect growth and academic performance and studies suggest that the oxygen load on the prefrontal cortex of the brain from mouth breathing during the day is one possible cause of ADHD and ADD although this remains controversial.

Can Mouth Breathing Be Reversed? 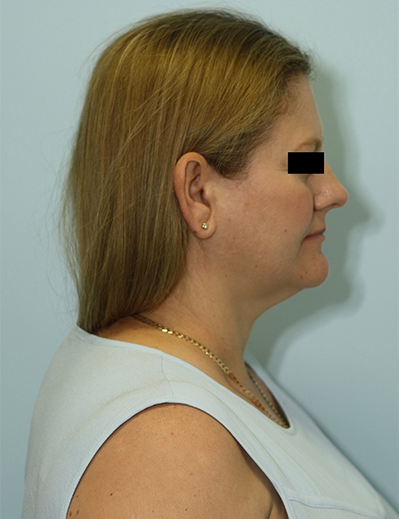 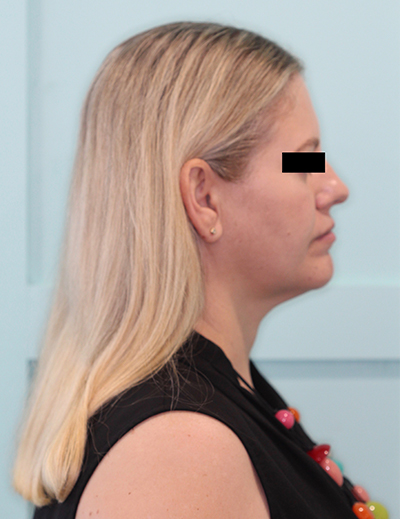 This lovely patient, a medical professional, has had longstanding jaw clicking and jaw joint and facial pain. She also suffered with on average 4 migraines a month. The assessment revealed that this patients symptoms could be attributed to mid face deficiency that has resulted in her lower jaw being forced back compacting her jaw joints causing the pain and clicking.

The treatment option decided upon was upper jaw development and lower jaw de-compaction to allow for better movement and better breathing. We did 10 months of jaw development and this patients jaw has stop clicking and there is no jaw joint pain. Also her migraine frequency has decreased significantly to 1 migraine in 8 months. She also reports better sleeping as her breathing has improved and she feels less pain.

To discover more about mouth breathing and jaw development at Lake View Dental in Kawana on the Sunshine Coast, contact us today!

Please fill in the online enquiry form to ask a question or book your appointment.

Our experienced team are equipped with the resources to offer the complete spectrum of dental care.